← back to
Napalm Records
Get fresh music recommendations delivered to your inbox every Friday.
We've updated our Terms of Use. You can review the changes here. 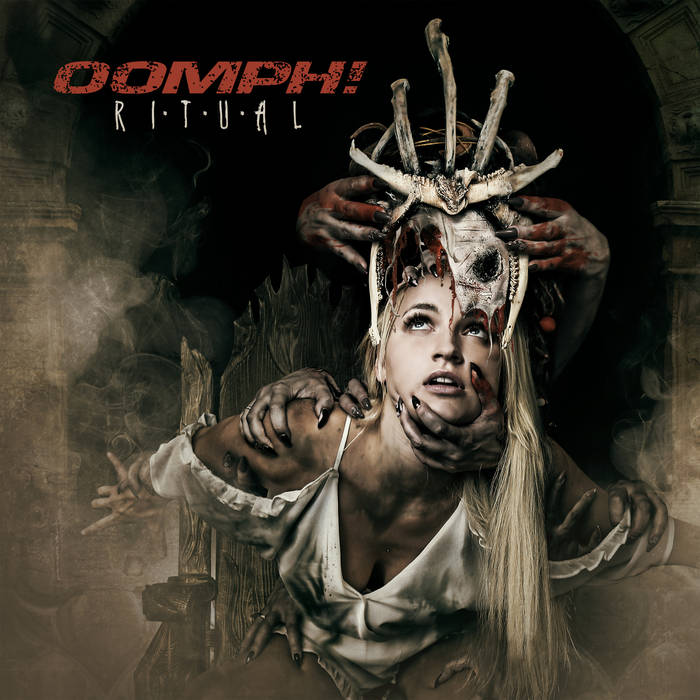 Charlie Hodgson A great album to help with learning german, I personally think oomph! have produced some better music than Rammstein over the years but that's just an opinion. It's more heavy than some of their previous albums which ist gut mann. Favorite track: Kein Liebeslied.

WonderlandTrades I love this band in general, they rock and are hands down one the best"german"metal/industrial/what ever ;) but love this alb cuz its very dark and yet passionate and serene. Great job you guys! Yall bloody well rock. PEACE! Keep rockin it - MAD(Hatter) TMWL Favorite track: Kein Liebeslied.

”The pioneers of GERMAN DARK ROCK are back!“

Reinvention and continuity – OOMPH! have been synonymous with self-renewal, pioneer spirit and carefree creativity for almost three decades. The Germans have been raised on EBM, rock and new wave, accidentally started a new subgenre in the 90s (the so-called Neue Deutsche Härte that influenced Rammstein and many more) and were crossover when crossover wasn`t even born. Many years later legions of fans with varied musical backgrounds are hooked and the band is no stranger to the highest chart positions – Dero, Flux and Crap were awarded their first platinum record for Wahrheit oder Pflicht in 2018. The trio is now ready to release its thirteenth longplayer Ritual that is poised to catch the listener offguard, „Our most aggressive, heaviest and darkest album in a while“, singer Dero states truthfully. The fuming and pounding triumvirate ‘Tausend Mann und ein Befehl‘, ‘Achtung! Achtung!‘ and ‘Kein Liebeslied‘ delivers the goods in stomping old school fashion, but after a breathless start it`s time for the über-catchy ‘Europa‘ (feat. Chris Harms / Lord Of The Lost) and the dancefloor monster ‘Im Namen des Vaters‘. Batshit insane electro tune ‘TRRR – FCKN – HTLR‘ curiously marks the only tongue-in-cheek entry on the otherwise rather stern Ritual that tackles politics, war and abuse. Eloquent, controversial, erratic and inescapable - OOMPH! came up with a stunning and mature masterpiece that makes peace with the band`s past and sets new impulses.

OOMPH! being on top of German Rock is the result of lots of hard work and fearless creativity. In 1990 CRAP (Guitars, Keyboards) and FLUX (Guitars, Samples) founded OOMPH! in Wolfsburg and shaped a new musical scene in Germany with bands like Rammstein, who later named OOMPH! as one of their influences. ... more

Bandcamp Daily  your guide to the world of Bandcamp